3 Things Successful Women Do in Meetings

Being a woman in a male-dominated meeting can be tough. A woman may feel outnumbered, uncomfortable, and unsupported. As one said, “It is harder to read the room if there are no other women around the table.”

Little wonder then that in one landmark study of dual-gender meetings found that women speak 25 per cent less than men on average. How can a woman make her voice heard—while still coming across in a calm, respectful way?

Researchers have found that men are more likely to spend time before meetings to connect with one another, test their ideas, and garner support. They arrive at meetings early in order to get a good seat and chat with colleagues, and they stay afterward to close off the discussion and talk about other issues on their minds.

Smart women aim to get involved in what men often called “the meeting before the meeting,” where much of the meeting direction is shaped.

Joining in these informal advance conversations can help clarify the real purpose of the meeting, making it much easier to take an active part in official discussion. Will the group be expected to make a decision? Confirm a consensus? It’s often not apparent in the official agenda.

Be respectful but informal, because that’s how men tend to form relationships.

As with many things in life, preparation is key. Having an accurate sense of what a meeting is really about and how it will probably unfold will help you to make an effective contribution.

Jot down your questions and talking points before heading into the meeting so you don’t forget them during the fast-moving discussion.

Unfair as it is, men can typically get away with expressing much more passion (read emotion) at meetings without raising their colleague’s defences than can women.

Until that changes, astute women ensure they remain composed and in command of their emotions. They keep an even tone instead of shifting to a higher pitch when under stress.

The key is considering what to say, as well as how to say it. Speak clearly and deliberately, and especially avoid signalling frustration through sarcasm or curtness.

When you want to express a different opinion or turn the discussion in a different and more productive direction, use tactful questions such as, “Have you thought of this…?” or “What if we looked at it this way…?”

When the conversation becomes more intense, use active, authoritative, precise language that shows you’re taking ownership of your opinions. For example, instead of saying, “How about…?” say “I strongly suggest…”. Instead of “I tend to agree…” say “That’s right and here’s why…”. Instead of “Maybe we can…” say “Here is my plan…”.

“Men have a way to neatly repackage ideas,” says one woman executive. “They restate and amplify what you just said.” Here’s how to handle it. When a male co-worker steals your idea during a meeting, thank him for explaining your idea so clearly—and move on.

Being a woman in a male-dominated meeting can be tough. But a woman will greatly increase her effectiveness if she masters the art of “working the pre-meeting,” is well prepared, and remains composed and respectful during stressful discussions. 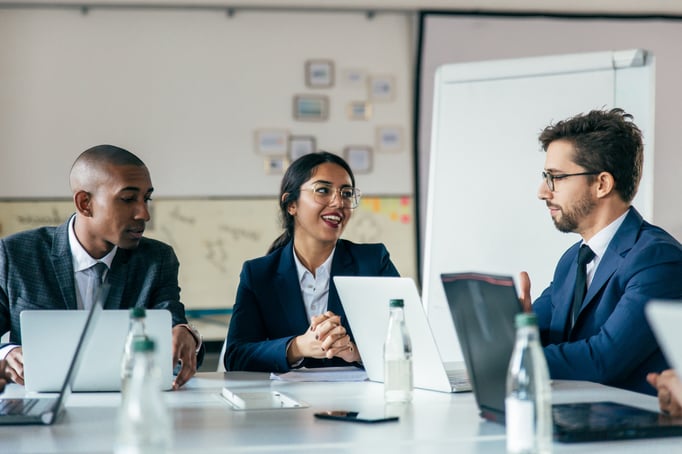 4 Reasons Why You Need to Keep Having Meetings 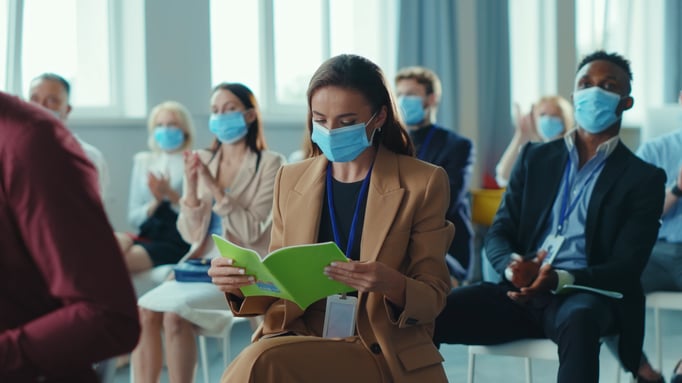 How to hold a successful hybrid event